The existing route of the Bala Lake Railway runs for 4½ miles from Llanuwchllyn to Pen-y-Bont station, roughly ½-mile outside of the town of Bala. The extension will run for approximately 1,200m, diverging from the existing line at Pen-y-Bont station, crossing the B4403 and the River Dee, before following the foreshore and finally turning inland and terminating at the new Bala Town station. 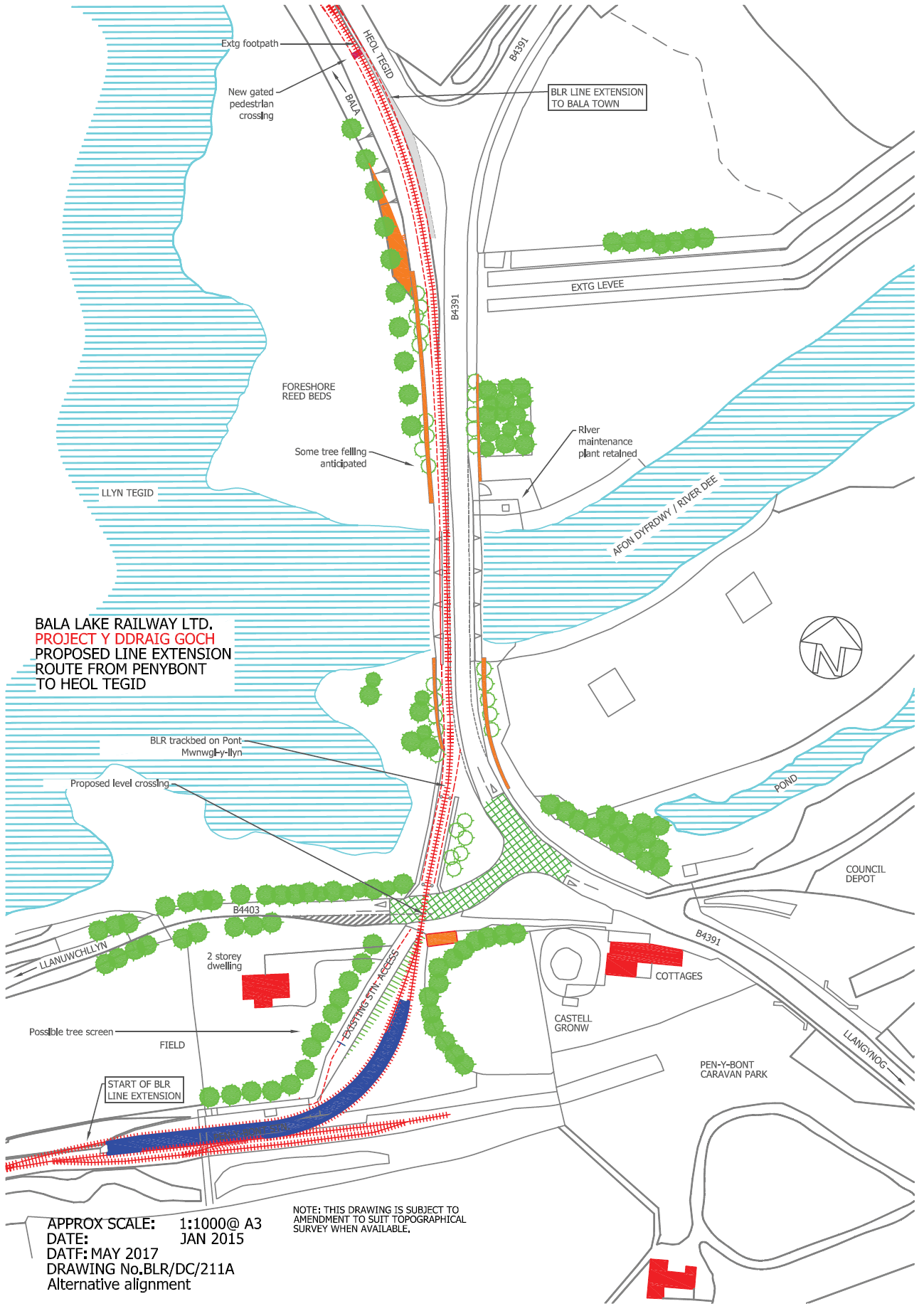 The architect's proposal for the crossing of the River Dee.

This illustration shows the biggest challenge for constructing the extension; crossing the B4403 and the River Dee. The ambitious proposal has the following features:

- A passing loop with platform occupying part of the existing site of the current Pen-y-Bont station (this will help to greatly expand the operational capabilities of the railway).
- A new level crossing for the B4403 and making use of Pont Mwnwgl-y-llyn.
- To avoid construction of a new bridge, it is hoped to cross the River Dee on the existing B4391 bridge, sharing it with the road (this replaces the previous proposal for a tramway section)..
- After crossing the river, the new formation will again curve left to follow the foreshore of the lake.

Widening the B4391 bridge will require moving the lakeside parapet wall by 750mm on to the cut waters, leaving sufficient room for the railway, the existing two-lane carriageway and a pavement on the downstream side of the bridge. Two new zebra crossings will be provided at either end of the bridge for safe pedestrian access to the lake via the remaining pavement .

A road traffic consultancy firm has carried out a feasibility survey for using the existing bridge that shows the proposals are entirely practical. The proposal for the railway to share the bridge with the B4391 whilst retaining the existing two lane carriageway was put forward during a meeting between the Trust and Gwynedd County Council Highways Department, and both parties are now working together towards a formal agreement.

This illustration shows the proposed route of the extension after it has crossed the River Dee and makes its way along the foreshore of the lake, before turning inland and approaching the new Bala Town station.

The views down Llyn Tegid towards Llanuwchllyn will be exceptional. 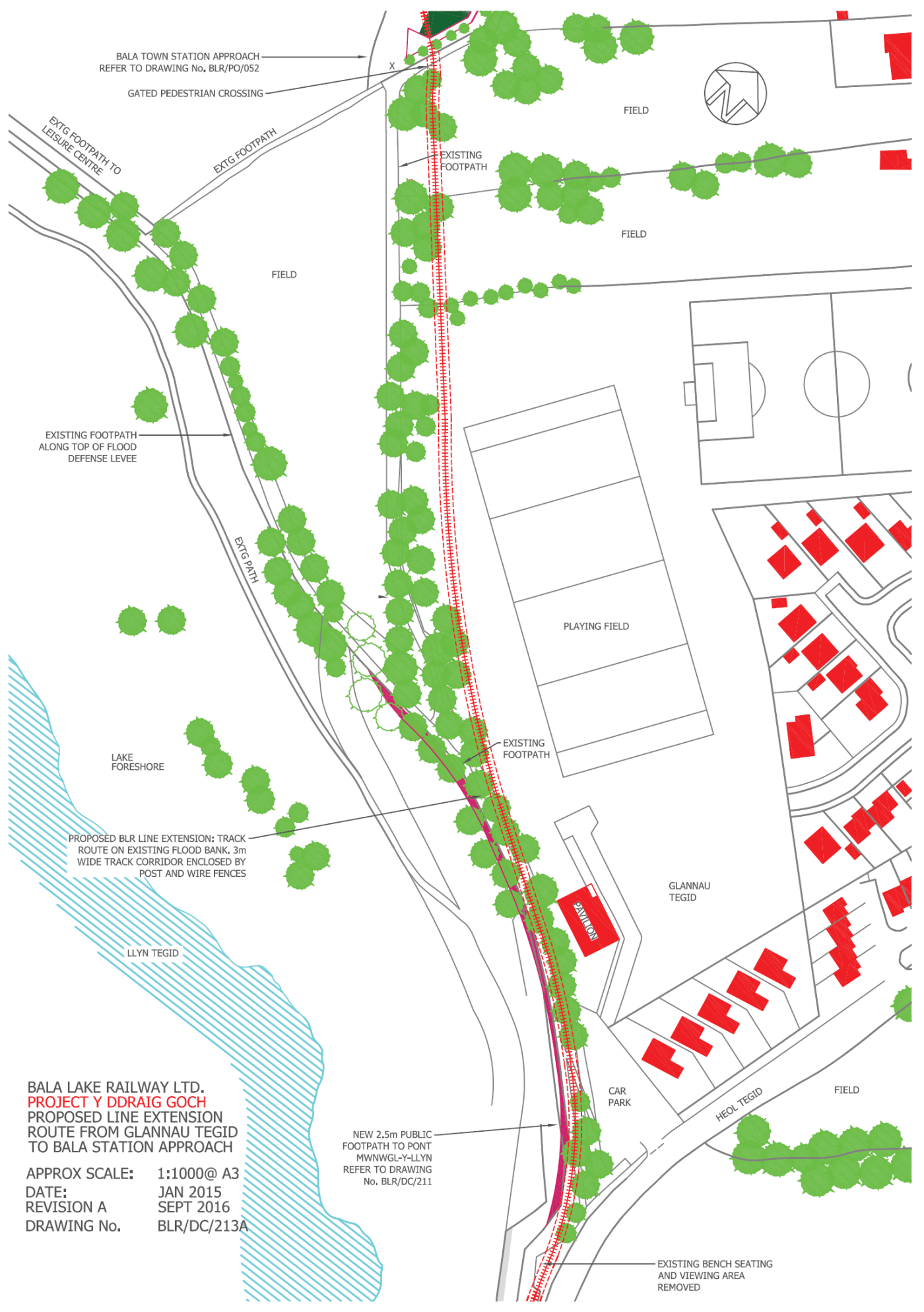 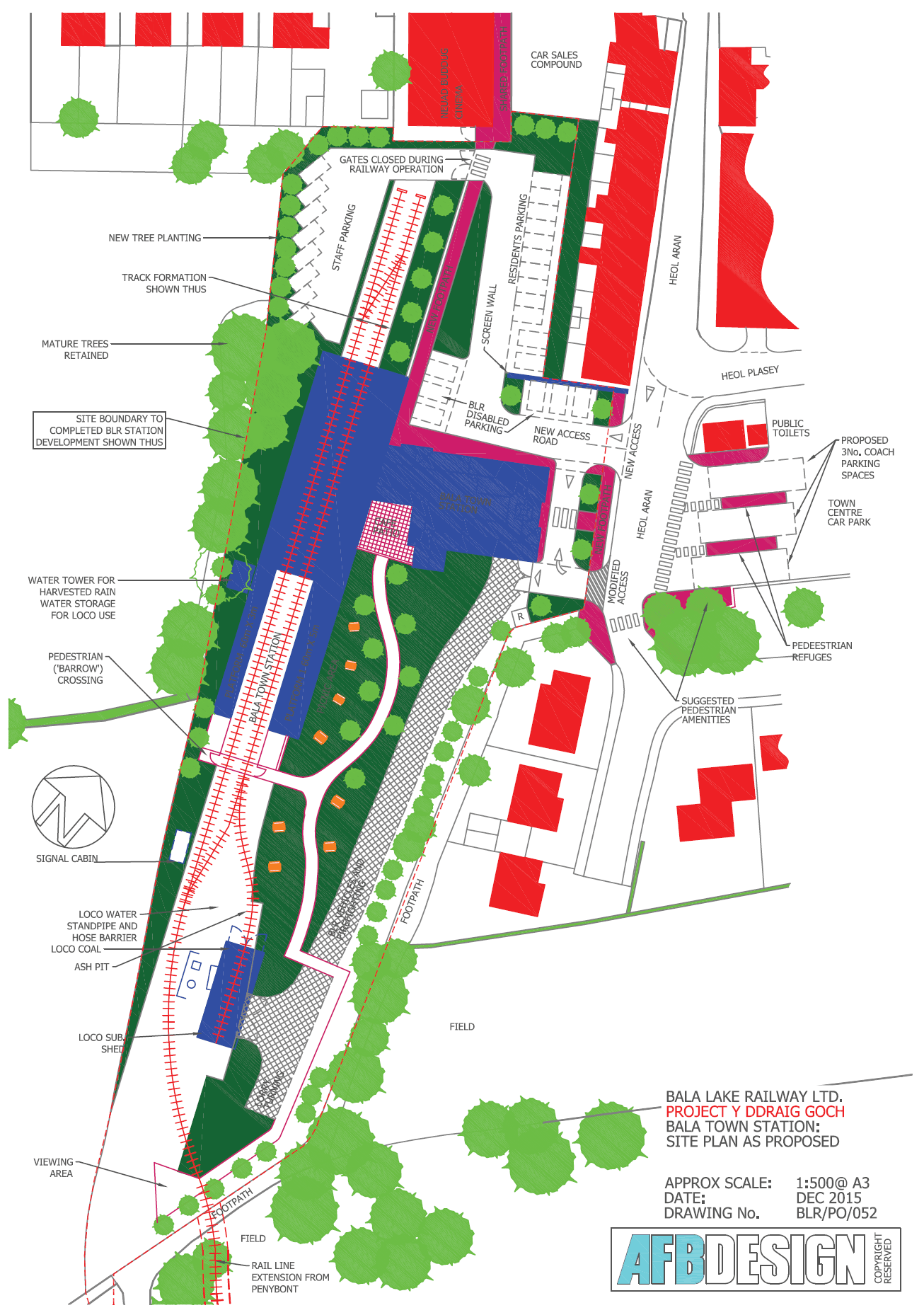 The architect's proposal for the new Bala Town station

This illustration shows the proposed layout of the new Bala Town Station.

- The station will have retail and catering facilities with office accommodation above
- Ample parking will be available from the town car park immediately opposite the new station entrance
- The Tourist Information Centre will be ultimately be relocated to within the station building
- The covered train shed will provide secure overnight storage for the passenger rolling stock, and it is further proposed to make it available to the town for additional events such as Craft Fairs and Farmers' Markets outside of the running season
- A landscaped recreational area will be adjacent to the station building providing an attractive facility for visitors to utilise between trains
- A locomotive sub shed will allow stabling of the rostered locomotives away from the main engineering facilities 5 miles away at Llanuwchllyn 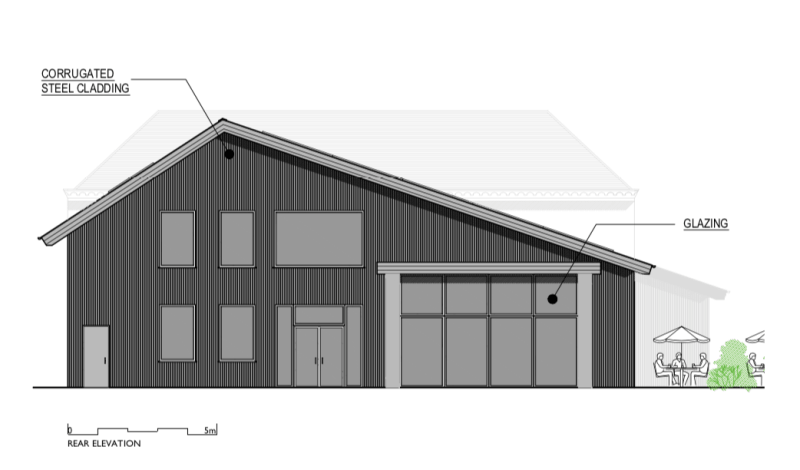 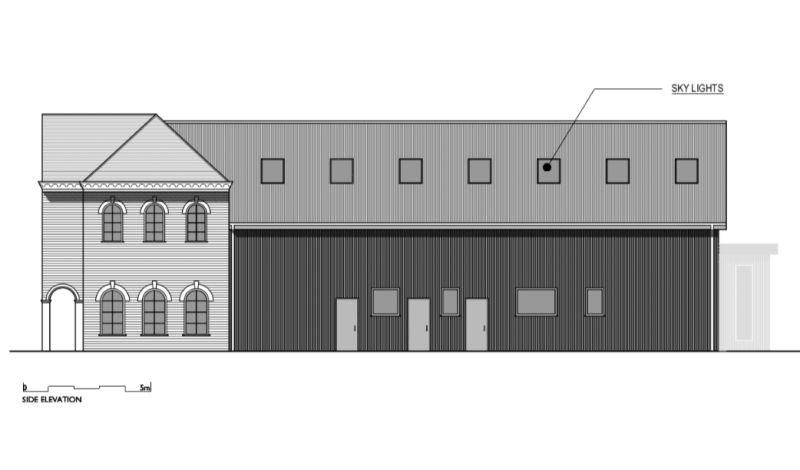 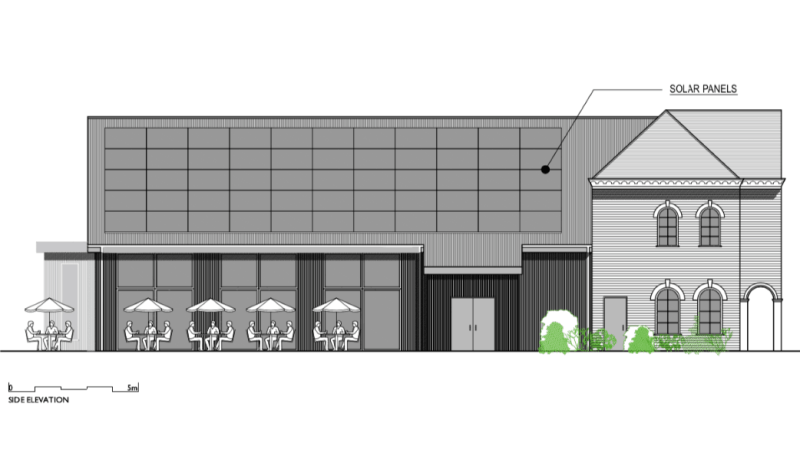 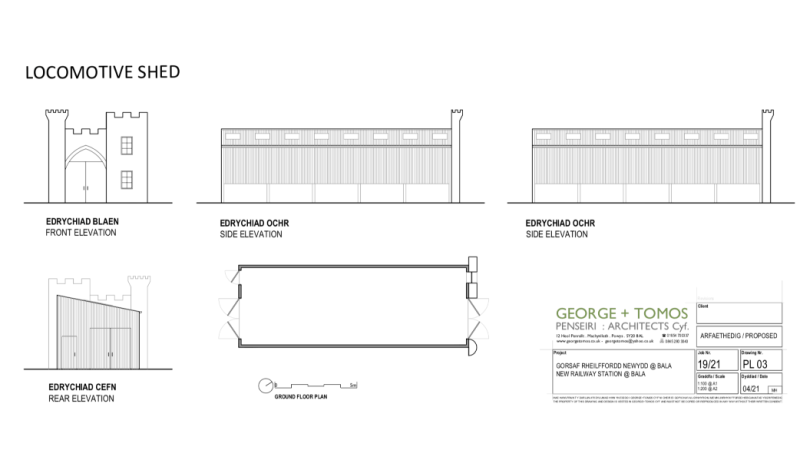 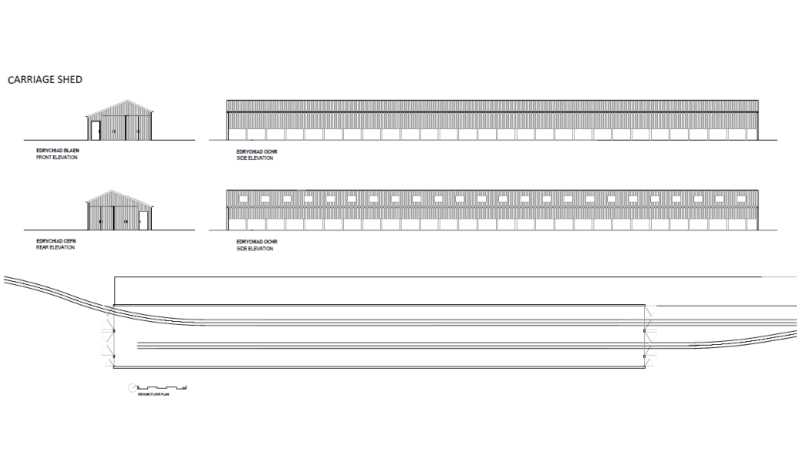 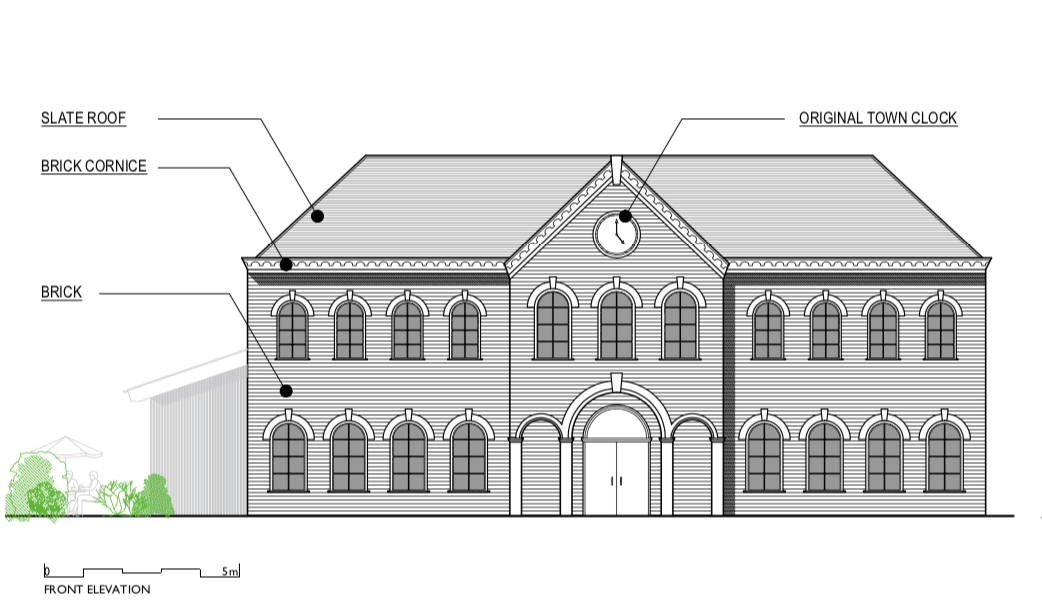 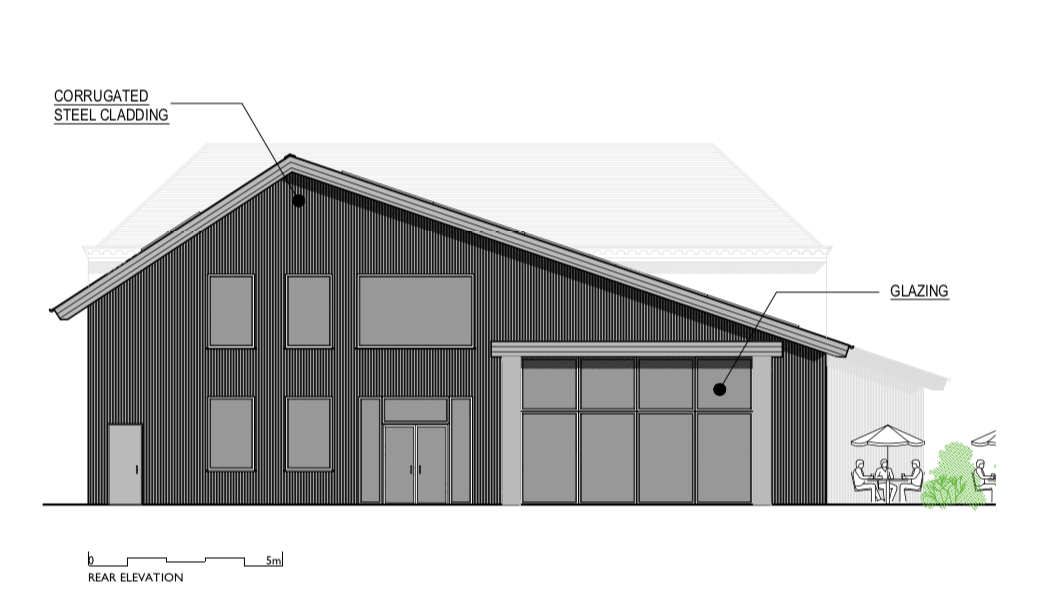 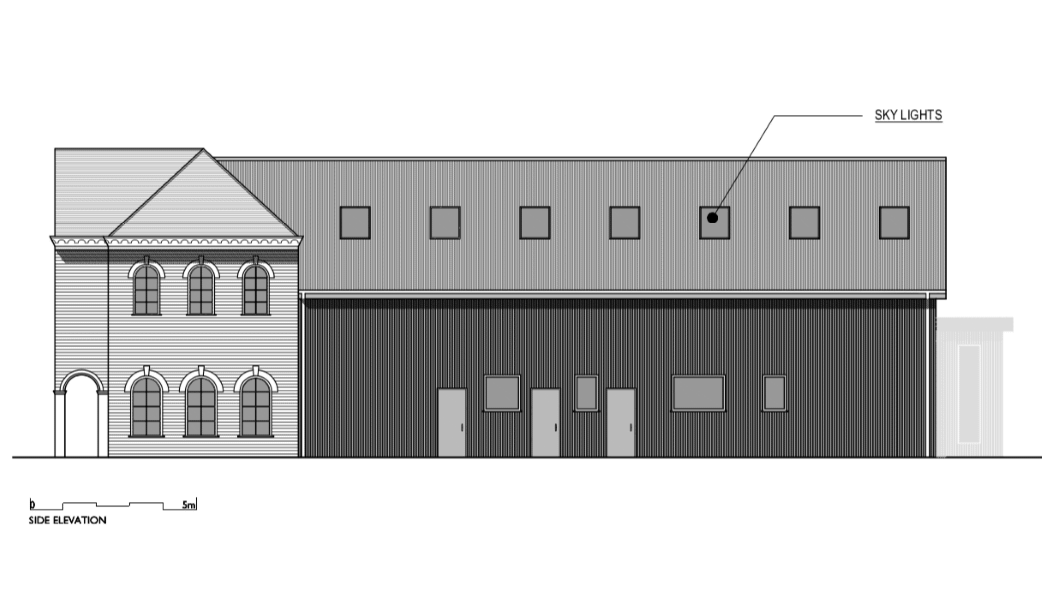 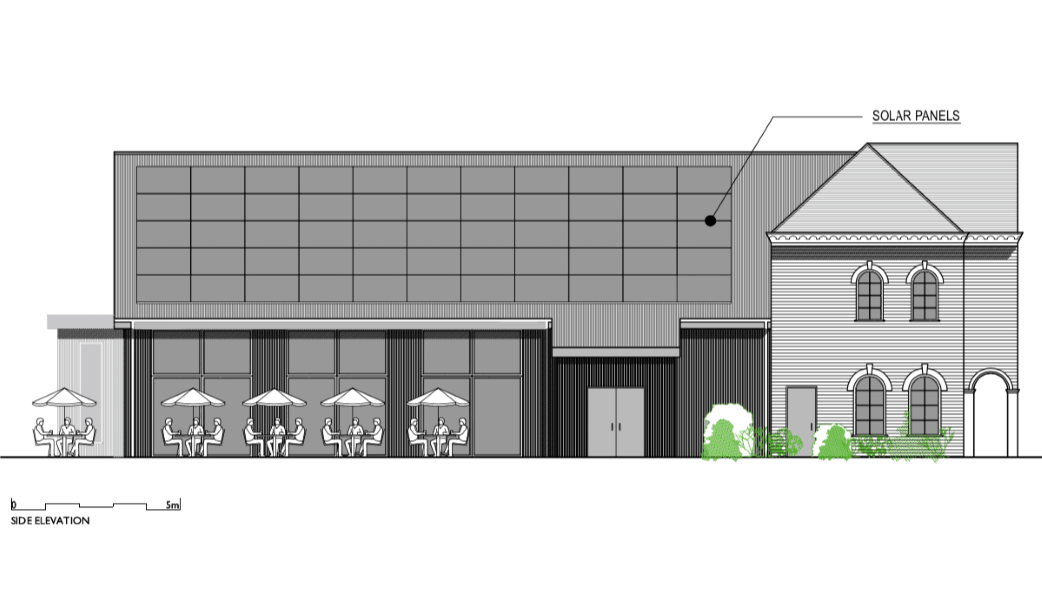 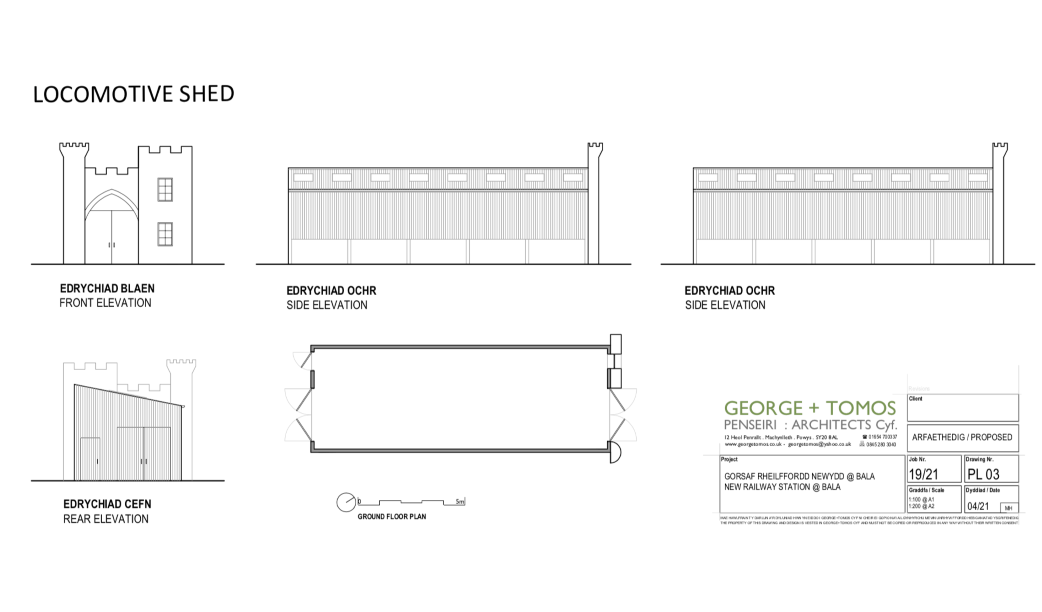 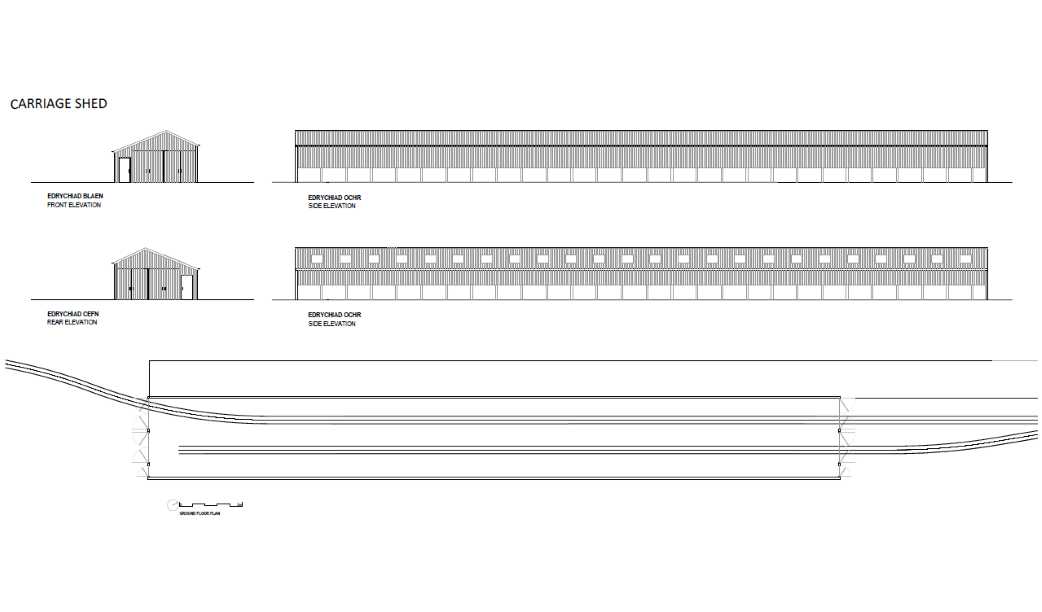 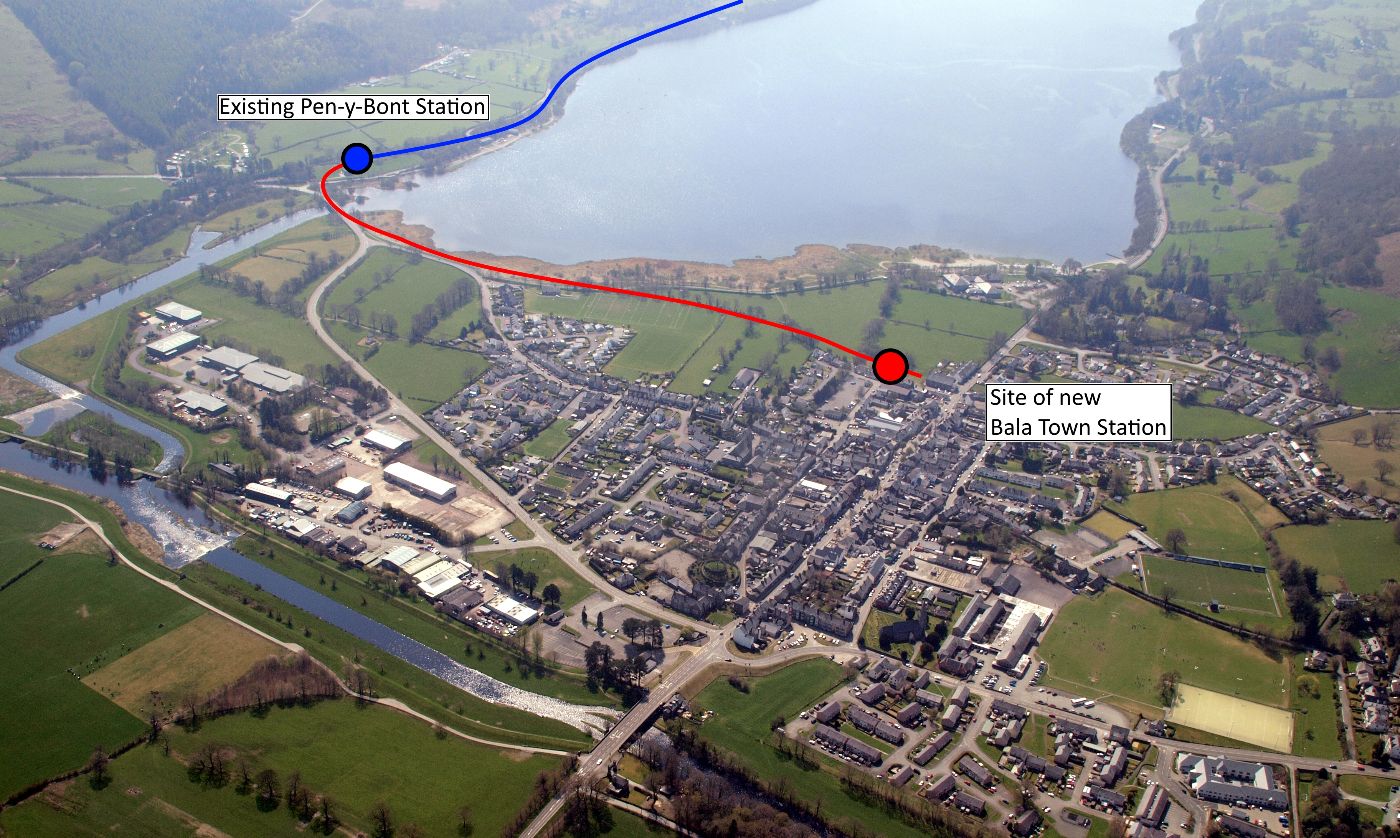 An aerial view of the proposed route of the Bala Town extension.